HUDSON VALLEY — The misty blue light, which faded away on the drive to Cold Springs NY, made me feel as if a UFO sighting might be imminent. At the very least, it seemed as if I could run across an old truck driver talking about conspiracies at any moment.

Instead, I found my way to an intersection with a road named something like “Bearmountain.” Here, a couple named Dan and Mia have transformed their small cottage home into a gallery — at least the non-bedroom parts, which they call Uffizi — “the office.”

I’ve come to this quaint setting to see the latest work by sculptor Daniel Giordano’s world.

Giordano is a Newburgh native fresh off a well-deserved print feature in the New York Times Arts section. He didn’t get there by looking like Justin Bieber (eternally young), and Harry Styles (gender-bending style), but by a strong dose of a 1920’s Italian workman blood — as he labors, in constant production.

Daniel Giordano’s practice is essentially based-off his life: he has inherited a defunct factory, now turned workshop; his sculptures are almost exclusively sourced from remnants and found-objects in this space, and the Newburgh shoreline.

The Uffizi gallery is just a boiler room, next to a small kitchen on the right, and a small living room/gallery to the left. Two gourmet vegan chefs interpreted both Giordano’s Italian influence and the title of the show,“Raw-Dog Denim Dick Dialed Me,” for their exotic menu.

What was that? Oh, yes. Giordano is best described as a surrealist.

Inside the boiler room was his celebration of X-Mas (see pictures).

It’s a tree, decorated and all.

No need to waste a living one this summer. Clever. 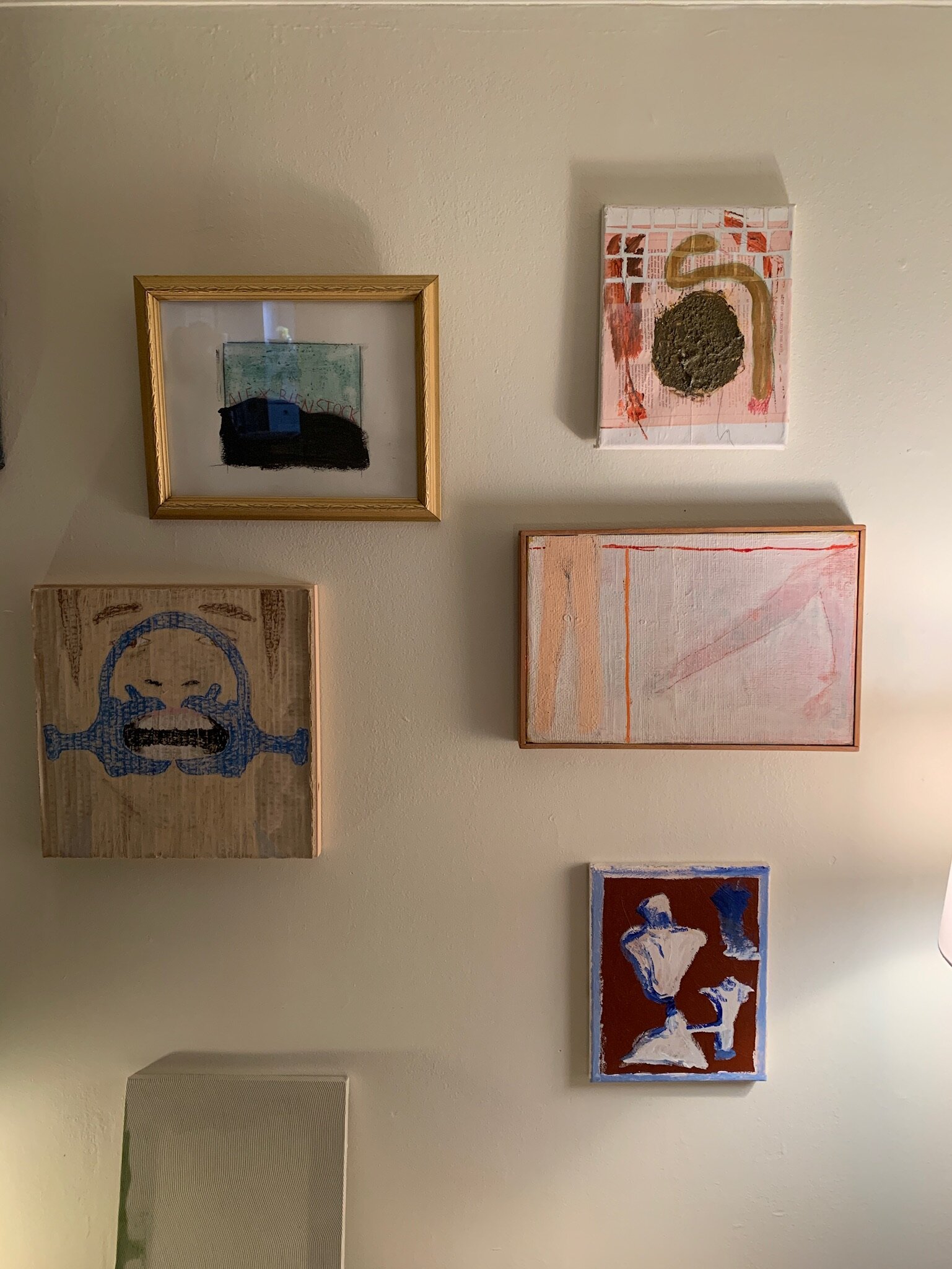 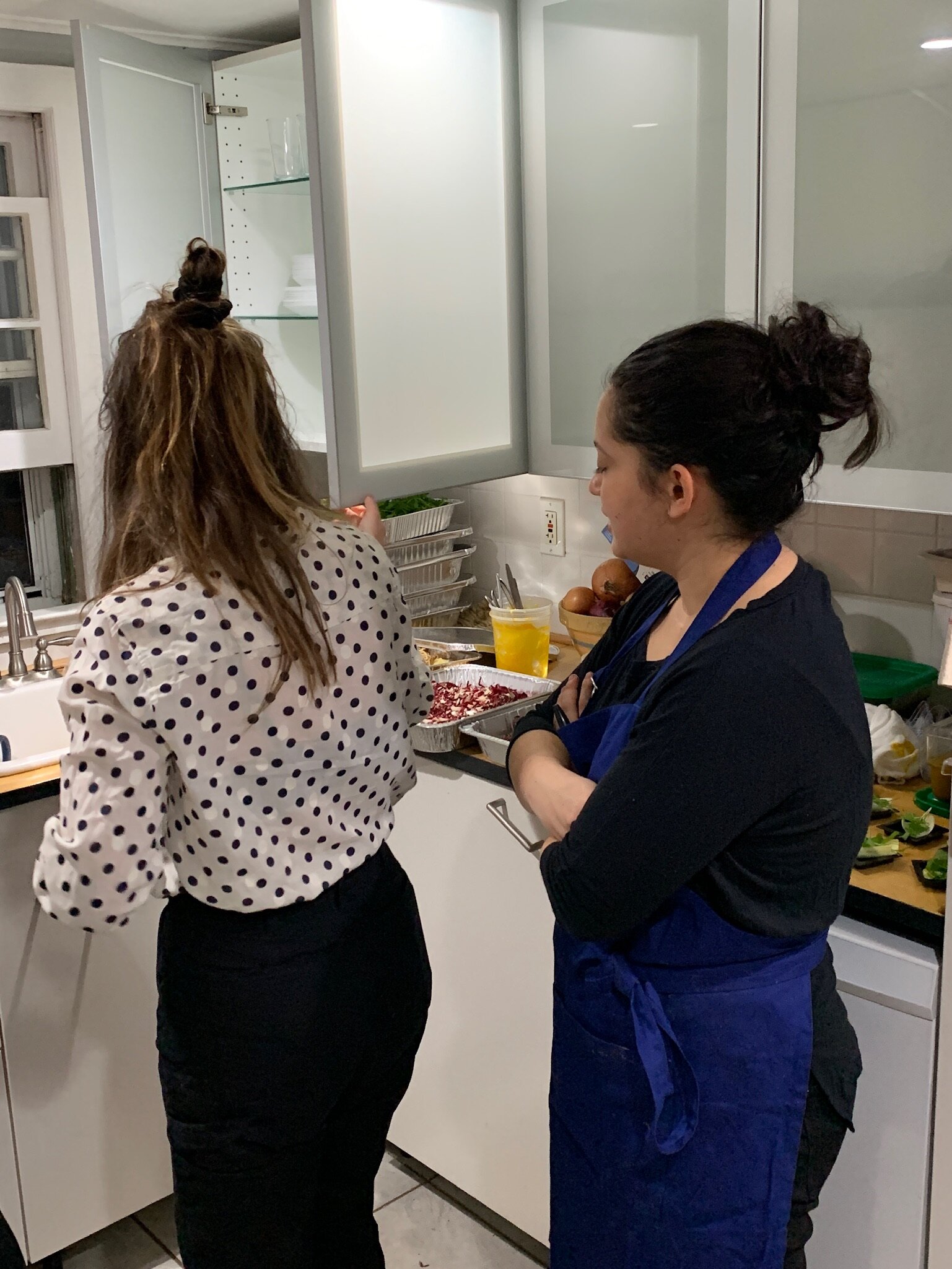 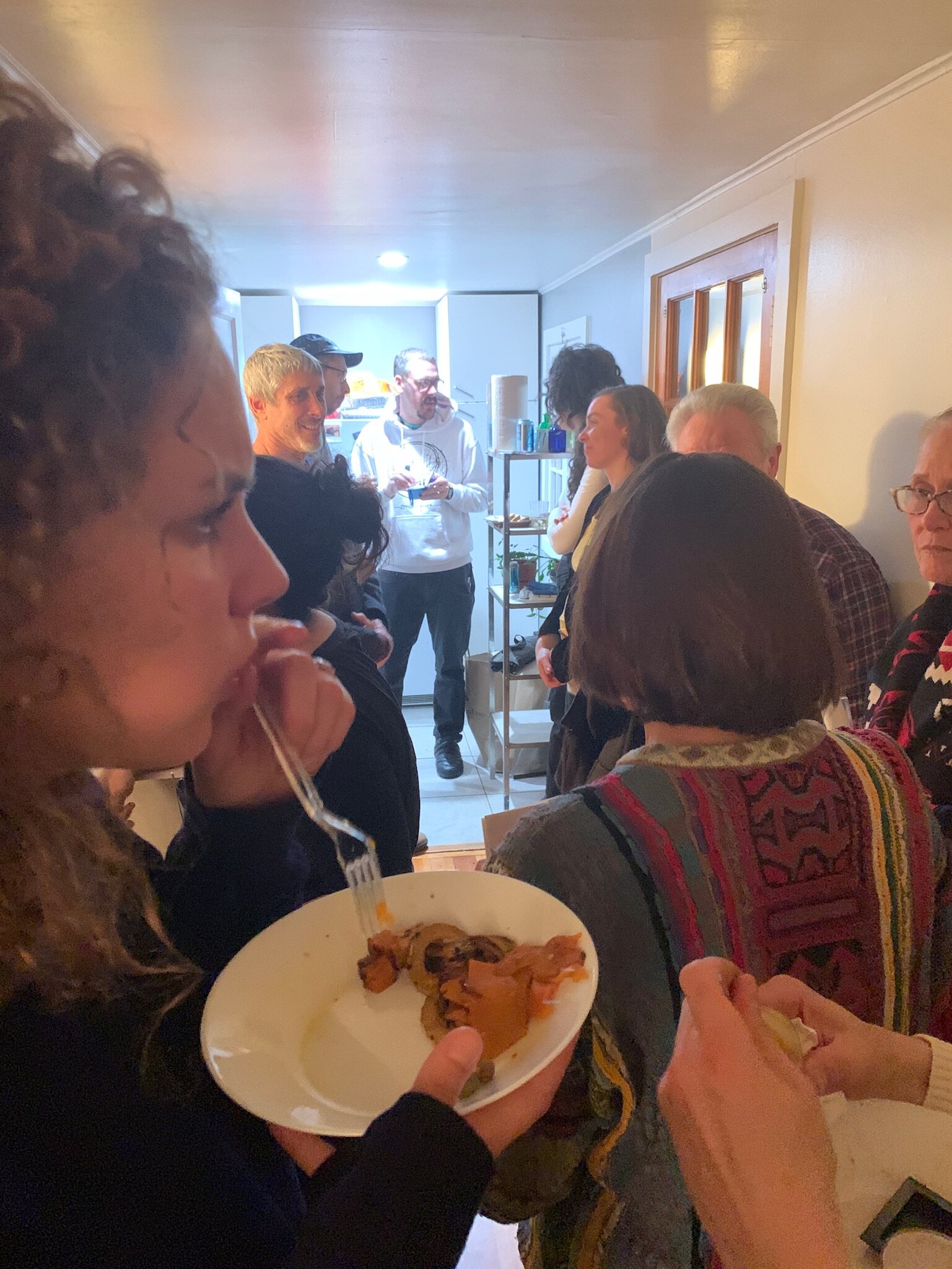 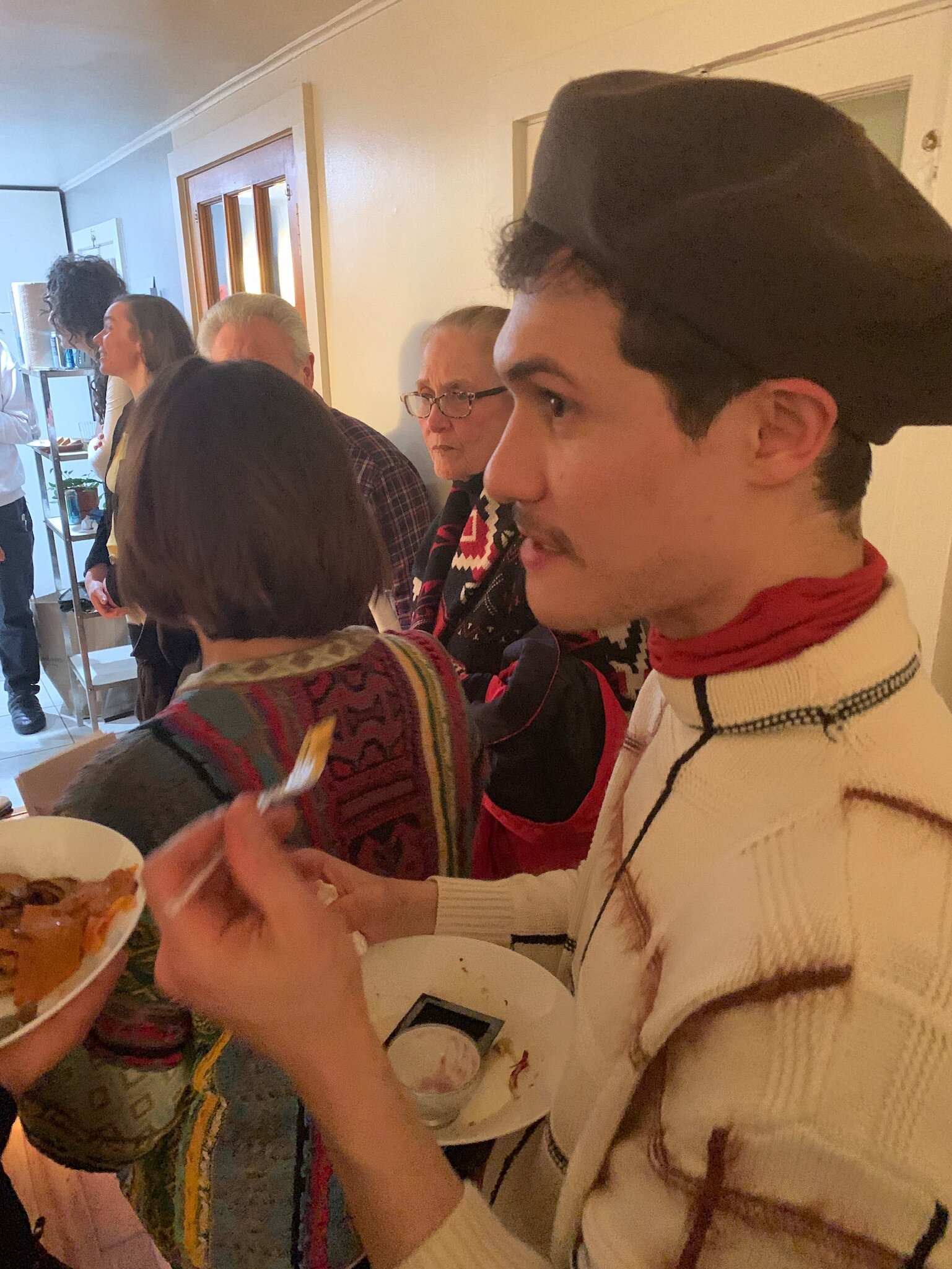 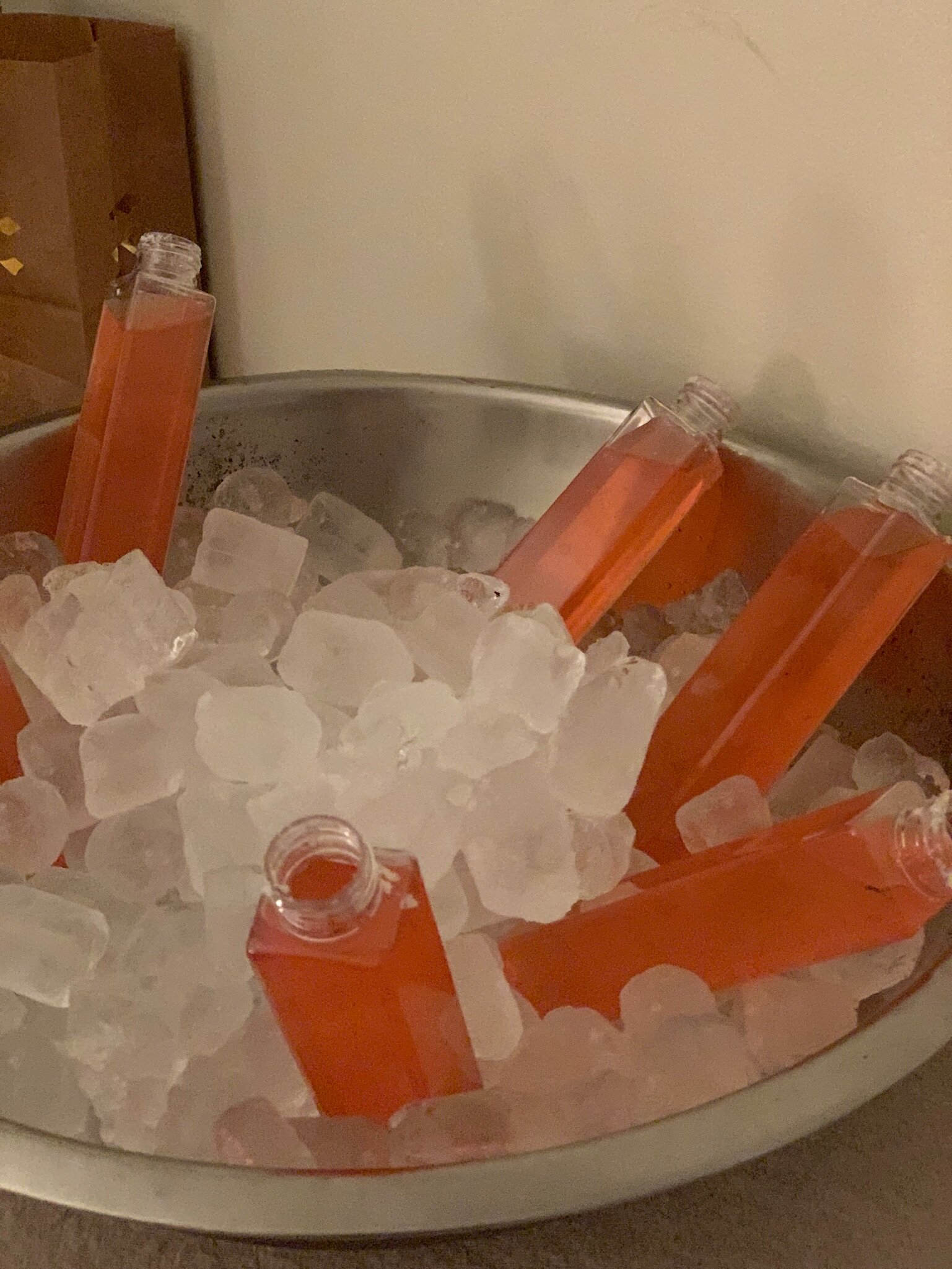 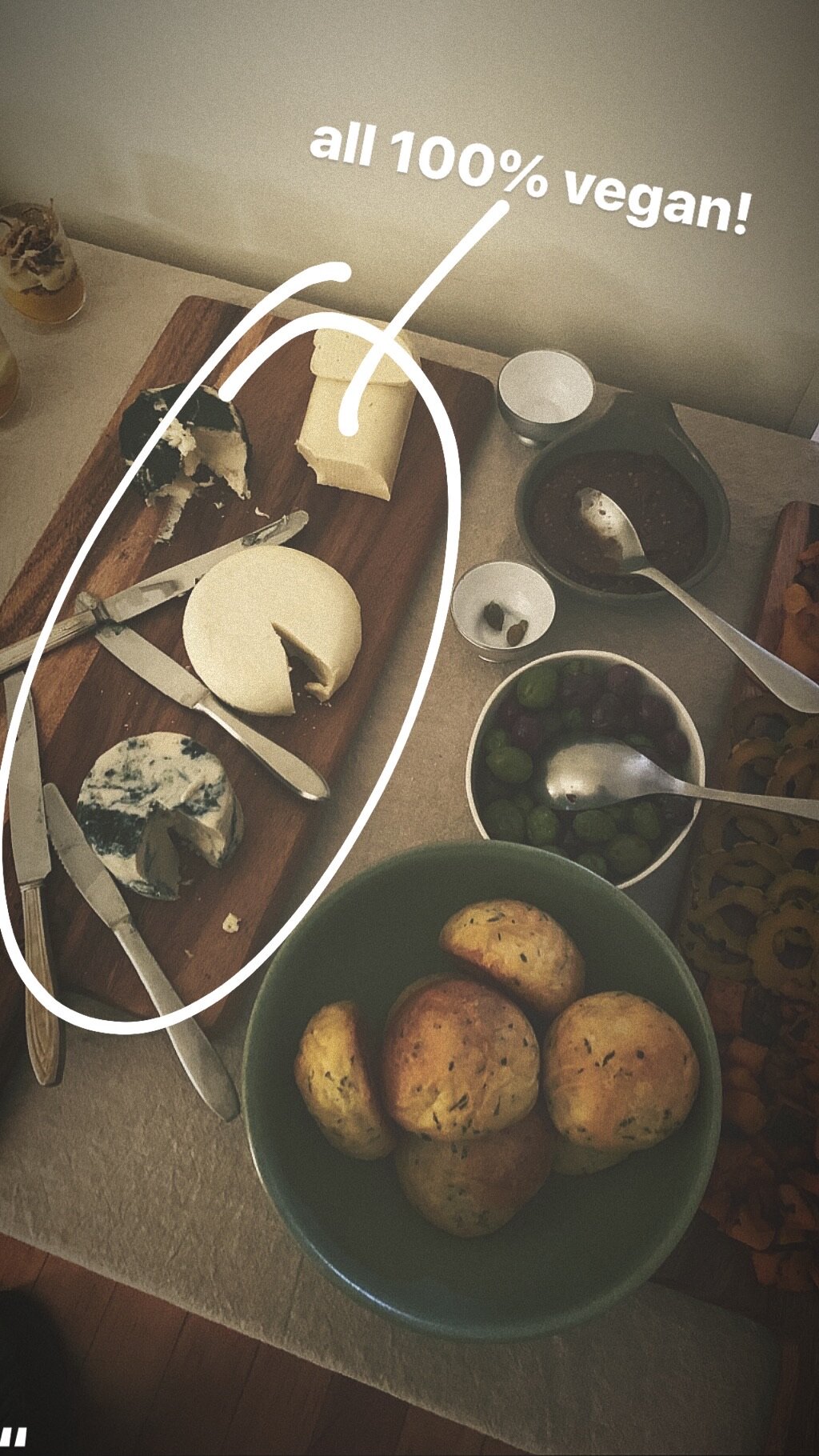 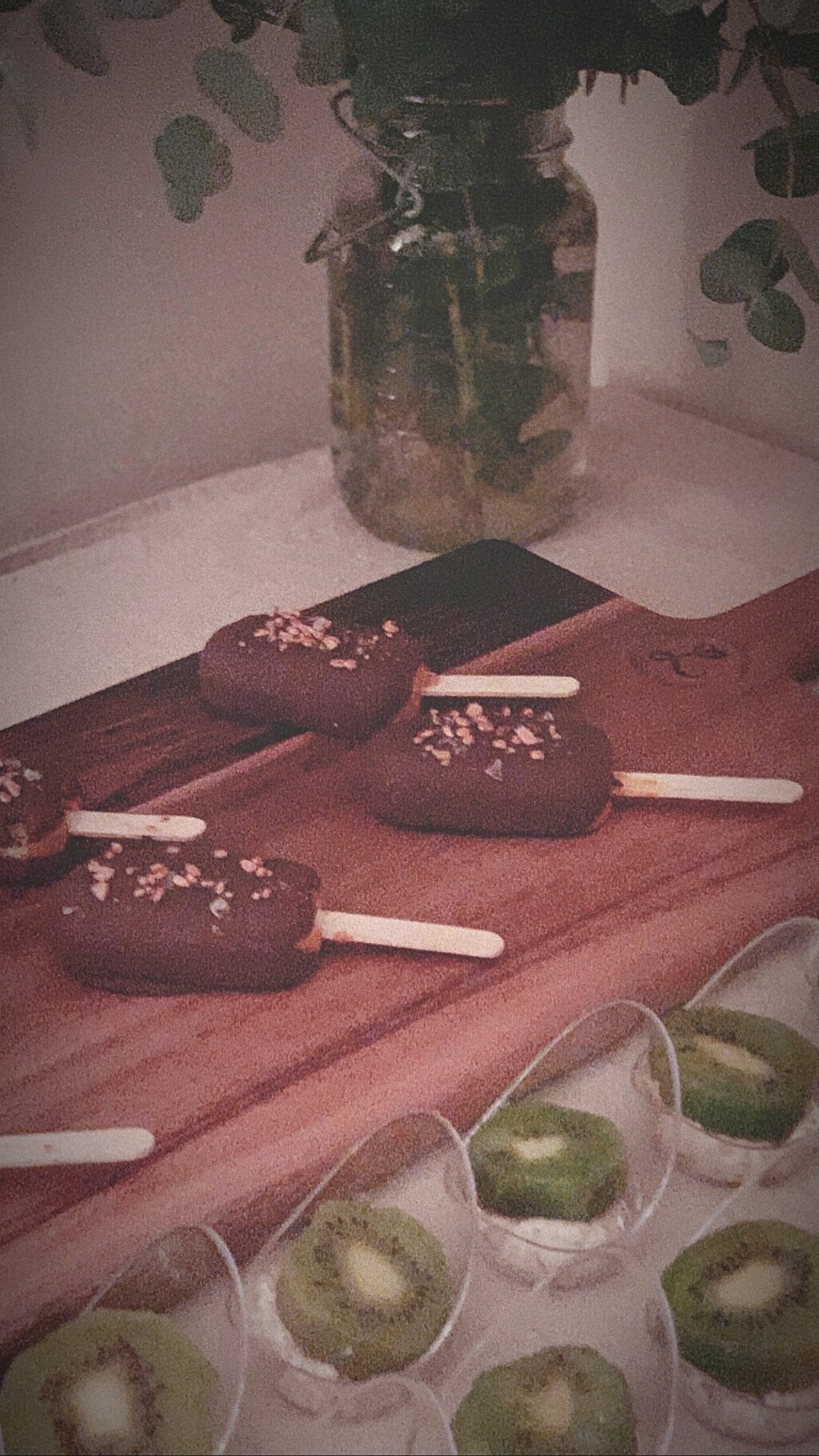 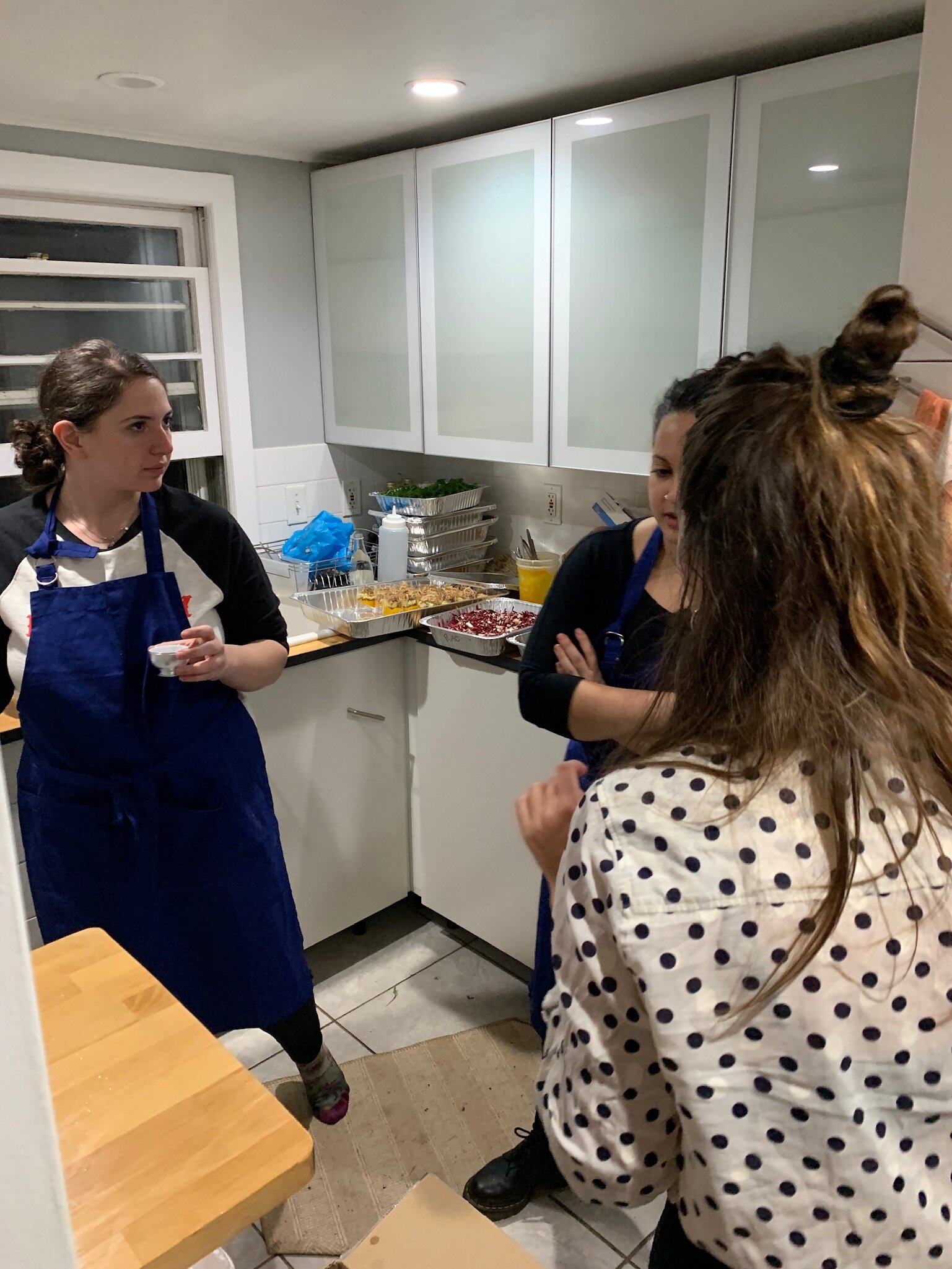 I brought Daniel Giordano, as the artist, and a representative of Uffizi, along for a post-dinner argument. We had it next to Uffizi proper, in the private quarters — winter coats on the bed, stacks of paintings on top of the dresser.

The Critic: For me there is a bigger context to attending Uffizi, because I’ve been writing about the art scene for about two years. What I see is an increasing trend towards immersive art, or “experiences.” So, I want to focus on the fact that the museum of pizza, or ice cream, or cupcakes, are racking in huge amounts of money, and average people are talking about it — my friends who aren’t in the art world, you know, they love it — and so there’s this call, audiences want it.

But even on the emerging level, now, curators want to present this sort of thing too.

Is this an intentional thing by the curator—questioning what it means to come and experience art, versus the white cube? We were speaking about this earlier.

The Critic: What does that mean for an artist and their practice? Is the sculptor separate from the dinner, the curation of the food?

The Artist: I always say that my work is its own entity.

Uffizi: Can the work exist anywhere? Or does it have to have parameters around it, and that’s best a white cube with great lighting. But, it could live in someone’s home, it could graduate to another place.

The Critic: if ideally, we want it to live in a home, where it can truly be appreciated, shouldn’t we want galleries to appear like homes? This way we can get a sense of what the object is like in ours. Going to the gallery could be like shopping for an object we want to live with, instead of an exalted thing that we’re uncomfortable, put-off by erudition or different…

The Artist: I’m participating in the market that is already established. I think the best way to get my work out there is through those pre-existing parameters. I’m not trying to flip that, or anything. I’m very happy to be making objects — that works well in a white cube. I mean, how do you sell furniture?

Let the work be for sale in a clean white space so someone can envision how it can be elsewhere.

The Critic: Sure, but if I see in 2018 an artisan working in LA who makes one-of-a-kind pieces of furniture, and is selling them in a white-cube, like Kasmin, then where is the boundary?

The Artist: Well yes, all these creative industries are merging. There is less and less of a division.

The Critic: If you get approached to do a dinner party, is that something that stretches your practice into new territory? Or is it not a part of the “art practice” to you?

The Artist: I’m more than happy to participate and offer the dinner party. It makes for a more welcoming reception. I don’t see it necessarily tied to the work. They can coincide in the same venue.

The Critic: In my view, well, I believe that an artist’s philosophy or approach can be applied to many things. So, this immersive trend, experiential thing, is just showing us again — since we already know this from Duchamp and Warhol. It’s the life that’s art, that’s important. They understood that production of objects is a way of monetizing, creating a legacy, and concrete, a trade-able example of the practice, or theory.

A lived stock of their immortality fantasy that goes on forever. But this all means that the party, the clothing, decor— everything was a part of the art.

Uffizi: What you’re saying reminds me of the French philosopher from the 1980s, Alain Badiou, who said: “art is that which makes life more interesting than art.” To Daniel’s point: visibility is important, a white background to view art. But I believe that this white cube can be in close proximity to other activities. Whether it be the dinner table — and if it’s tied implicitly or explicitly to the artist doesn’t matter. It’s just an extra challenge to the artist. It also affects audiences.

The Artist: Food is a basic need. Art is a higher form of appreciation. They can coincide, but they are different. You don’t need art, but you need food. And it’s nice to have both to make for a more enriching experience.

The Critic: I see that painting, sculptor, and dance all have different nuances. Once we start with engaging with dinner parties next to art objects, where does the line end because I’ve been to a lot of New Age stuff at Yoga studios and such, that have all of this — cool installations and sculptors, dinner parties, “eye gazing,” sound baths, and other performance activity. Why is that not art and this is? And what kind of opportunity will there be for artists who are willing to treat these different media without reverence for “art” in the traditional sense?

The Artist: Let’s not confuse the situation. We’re here because of the “art.” You more often than not go into a cafe to purchase something to drink or eat. You seldom go in to simply look at art. But, Uffizi, I’m down to this do anytime. “Good times — noodle salad” — a quote from As Good As It Gets.